Recently I have found a lot of Rig EK as have many of the other researchers from malvertising. Today I revisited an old site called “likexhamster” which in last May was dropping Chthonic via a fake ad domain served by a popunder script.

This time the same mechanism dropped Dreambot aka as gozi. Additionally Rig EK appears to have been changing it’s URL patterns of late. I was collecting several samples to investigate but @nao_sec  has posted a series of tweets which reveals the extent of the changes.

The ad leads to what appears to be the Rig EK pre-landing page. If the environment passes the checks, a redirection to Rig EK occurs.

The payload was Dreambot – an information stealer/banking trojan AKA Gozi/ISFB.

Dreambot connects to a CNC server using a URL that contains the string “images” and “.avi”.  though I have seen other variant of Ursnif use different strings such as “.jpeg” etc.

The below image shows some of  the actions Dreambot took during behavioural analysis.

Dreambot sends data over TOR. Below is a screenshot of some of the domains. 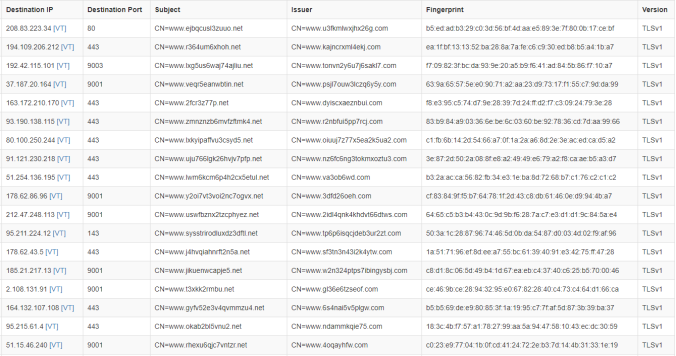 One thought on “Rig EK via malvertising drops Dreambot”