Today I found Rig EK via a 302 redirect. It dropped what appears to be an infostealer trojan as masquerades as a Java updater. A dat file is created which appears to increase over time and there is a lot of traffic over port 5888 indicative of command and control traffic or exfiltration of data.

I’ve included in this post a bit about the current Rig EK params and the RC4 key which seems to change between samples.

It’s interesting to see other types of malware from Rig other than the 3 common ones I kept finding (bunitu, chthonic, dreambot). 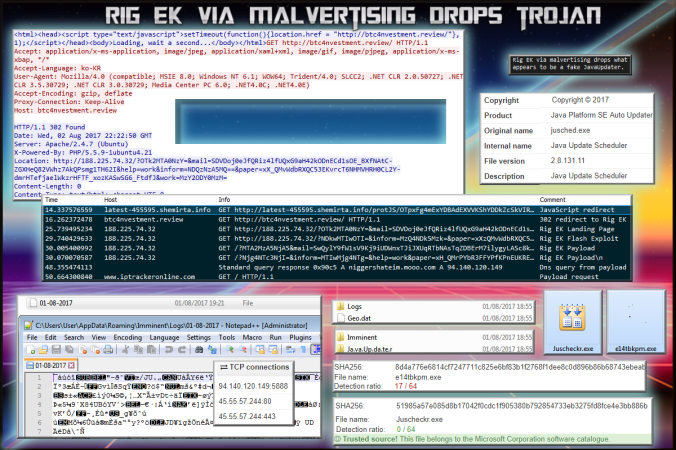 The flow was found via malvertising from what I think is a TDS. A 302 eventually redirects to Rig EK.

Rig has changed it’s RC4 key making it a little more annoying to grab the payload. Here you can see it is “wexykukusw“.

In addition here are the current params as of today:

The payload was fairly large and I was not able to identify it so I’ve just called it “trojan” as it appears to pretend to be a Java Updater.

The malware drops another file and runs it though it appears to be legitimate software.

The malware did create some unusual folders. One is a copy of itself renamed to “javaupdater.exe“. The other is a folder called “Imminent” which contains a text file that appears to be growing inside as time goes on. 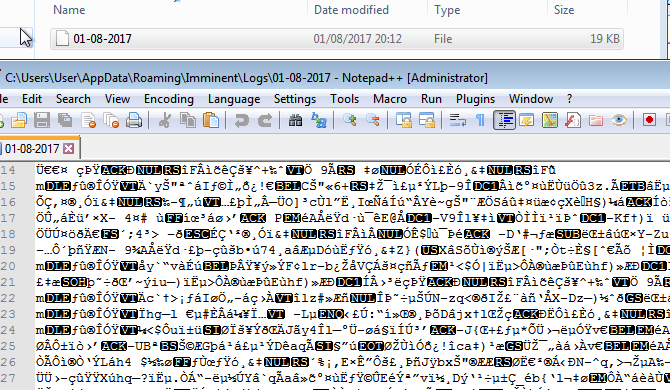 The malware made requests as follows: