Another Cerber from Rig EK. I’ve actually done several of these runs since my last post. I only really like to post if I can contribute something to the community. In this case I noticed the payload going idle for almost 10 minutes before the UDP requests began. I believe this could be an anti-sandbox evasion technique as often sandboxes have a default time out period.

Other than that, it’s the same old Cerber 🙂 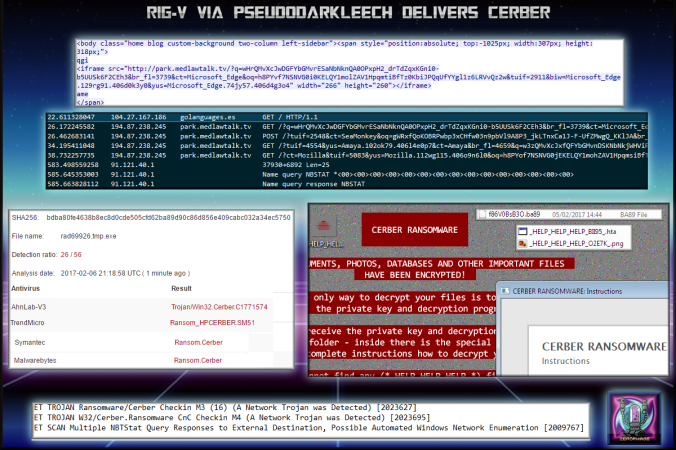 Cerber encrypts with a .ba89 extension. Note the time delay between the payload and the first UDP check in.