I have stumbled across multiple “ad servers” which check for versions of Flash. I was playing around with one and was getting redirect to random sites. After a while I was redirected to Rig EK. Bunitu was dropped by Rig which was a nice change from the usual Cerber.

I believe these “ad servers” might be great for EK hunting. I have already found Sundown EK in this manner. 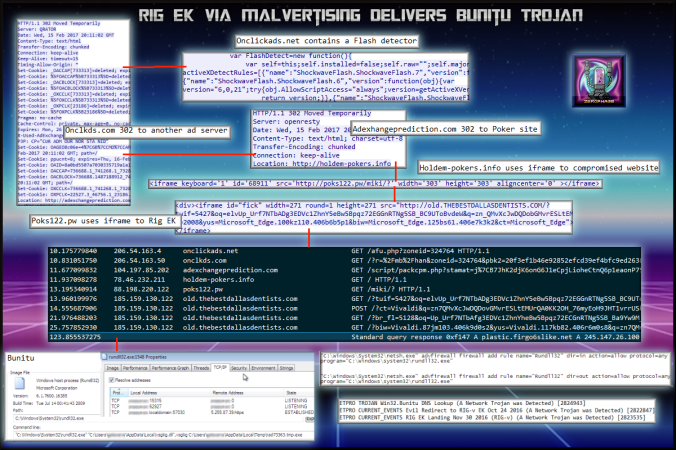