Today I found a strange instance of Rig EK. I was presented with the landing page directly without it being silently loaded via an iframe, etc. There was no Flash exploits used against me as well. An old style Rig EK URL from another Rig EK domain downloaded a payload. It was possible the download was split.

The payload was Smoke Loader which is a loader that downloads additional malware known as plugins. It has been dropped before by Rig EK though last month it was seen to be dropped by Sundown EK. Now that Sundown EK is dead it looks like it is shifting back to Rig EK.

Hope you enjoy this seemingly unusual instance of Rig EK. Smoke Loader is a very interesting malware so I will be looking into it in more detail.

I also had a recommendation to split the pcaps and artifacts so I have done that. 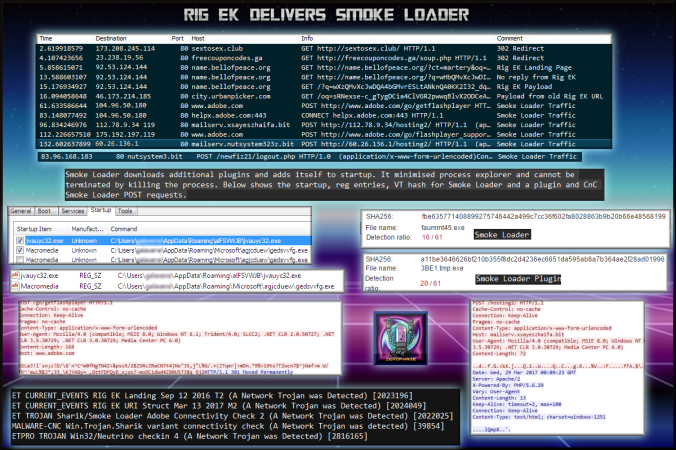